Georgia on Our Minds 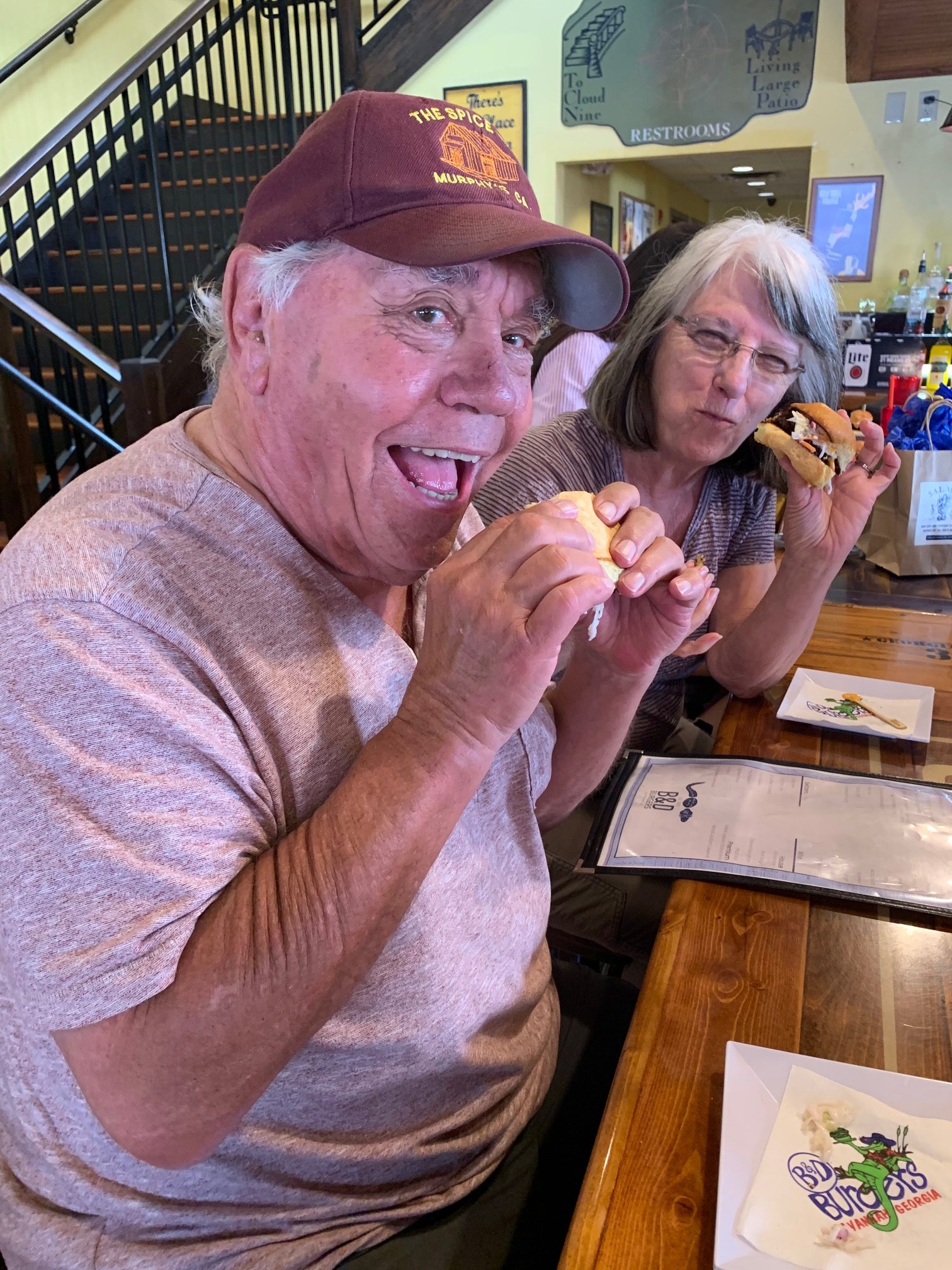 While sheltering at home last year, Jan and I spent most of our time fantasizing about our next adventure. We decided that it had to be stateside, someplace we’ve never been, known for great food, preferably warm and, if possible, have a seacoast. Historic Savannah, Georgia was our easy choice. After we received our vaccines, we were finally able to take our first trip in a year and a half at the end of March.

Kehoe House, built in 1890, was our home base, and its convenient location made for easy walking to all the favorite sites of Savannah. Our days began with the most delicious breakfast and caring Southern hospitality. The menu always had an egg dish, such as Southern-style eggs benedict or quiche, and a “cake” selection with offerings like pecan pancakes and blueberry bread pudding. Thankfully, we could select half and half! With our over-filled bellies, we were off to see many of Savannah’s treasures, including the farmers market at Forsythe Park, Mercer House and the Prohibition Museum. We also stopped in Pinkies Tavern, the old stomping grounds of Jim Williams of Midnight in the Garden of Good and Evil fame, the Juliette Gordon Low Birthplace, founder of the Girl Scouts, the historic Davenport House and the National Museum of the Mighty Eighth Air Force.

The First Squares Food Tour in Savannah was one of the best we have ever experienced. Kim, our guide, was a fount of knowledge, not just of the history and architecture, but she knew FOOD! Every bite offered had depth and culinary cred. We began with shrimp and grits which were not new to us, but this one was in the umami level with the use of truffle oil. The alligator slider topped with B&D Burgers special sauce and coleslaw was enhanced by a 19-foot alligator hanging from the ceiling behind us. That was followed by a pork belly slider on a donut with tomato chutney. Do we dare mention the lightest empanada we’ve ever tasted? We give the First Squares Food Tour five thumbs up!

The Grey, Chef Mashama Bailey’s restaurant featured in the Netflix series Chef’s Table, was unfortunately not open while we were there much to our disappointment. But dinners at 17Hundred90 and The Olde Pink House managed to soothe our culinary sorrow. We met a wonderful couple, Jeff and Susan, from North Carolina at the bar at 17Hundred90, and they invited us to join them at their table for dinner. We shared travel, family, culinary tales as well as succulent scallops and lamb in a historic dining establishment. At The Olde Pink House, we relished their specialties, including fried green tomato, fried chicken, grits and crispy flounder.

From Savannah we headed northwest to Madison, “the town that Sherman refused to burn,” because – well, there were numerous legends, the most popular was that it was too pretty to burn. Tree-shaded, azalea-framed Antebellum homes line the streets of this small town. The next day as we meandered to Warm Springs, home of FDR’s “Little White House”, we stopped for breakfast at the Caboose in Rutledge. Again, Southern hospitality ruled the day as the other local diners got us coffee while the wait staff was busy, and we enjoyed one of the most delicious biscuits and homemade jam we have ever tasted.

We ended our Georgia adventure with two days on Jekyll Island. Here, croquet is still played in all whites in front of the historic Jekyll Island Club Resort, lightning plays with the dark clouds at night and every day begins with an amazing sunrise.