No baloney in Oklahoma? 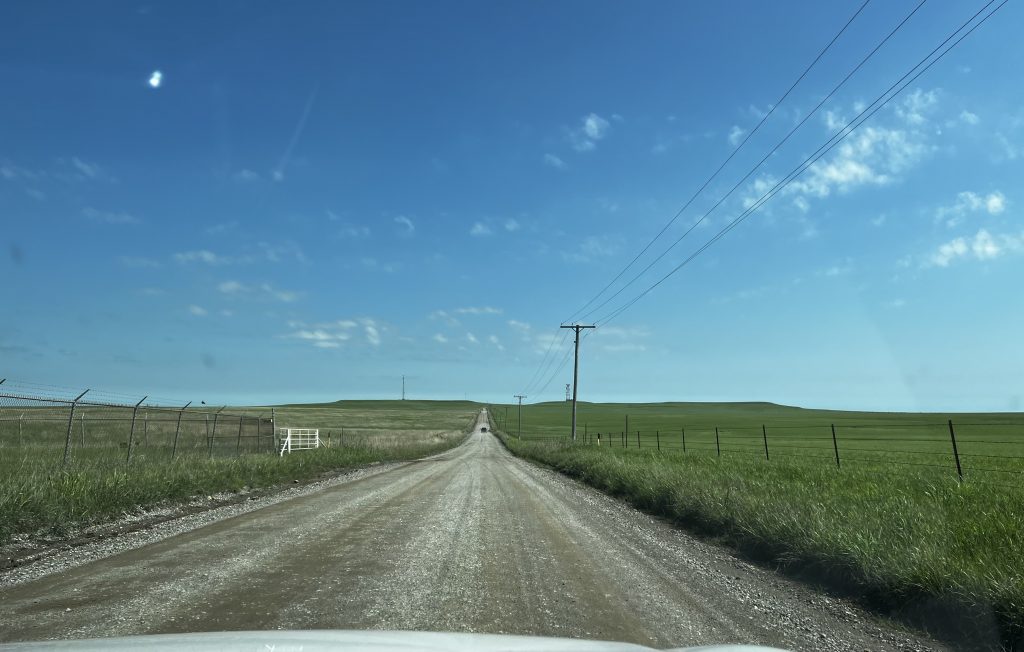 Patty and I have traveled all over the world taking cooking classes and exploring different cultures. We were ready to fly off to Morocco just before the pandemic basically closed the world.

As we are still not ready for international travel despite our love of foreign adventures and culinary treats, we’ve had fun over the past two years discovering hidden territory for us here in the US.

Last year we explored Georgia which was a treasure for “foodies” like us.

One reason main reason was that Jeff Phillips and his wife Abi are located there.

Jeff’s BBQ Sauce is the best!

We have sold Jeff’s BBQ Sauce at The Tin for about six years when Jeff first began distributing it.  At this point The Spice Tin is one of two shops in California where you can find it.

Since we had never met Jeff and Abi face to face, we decided it was time.  It gave us an excuse to see another part of our country and to meet the pitmaster behind this delicious BBQ Sauce.

We had the absolute pleasure of enjoying a long two-hour lunch with Jeff, Abi and their daughter Sarah.  It is so heartwarming to meet new people and immediately feel as if we have been friends forever.

While in Tulsa we made sure to take in all attractions. We had so much fun experiencing what Tulsa had to offer.

It began with discovering the Woody Guthrie and Bob Dylan museums along with the 1921 Black Wall St. history center that are in Tulsa.

Oh my, I almost forgot The Gathering. It is an amazing park for everyone, unlike any park we have ever seen before. 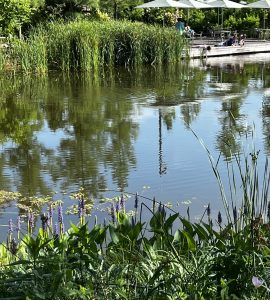 The Gathering defies description.  It is so expansive with little nooks and secret spots that open to amazing playgrounds for kids of all ages.

But really, can anyone go to the south without finding BBQ? 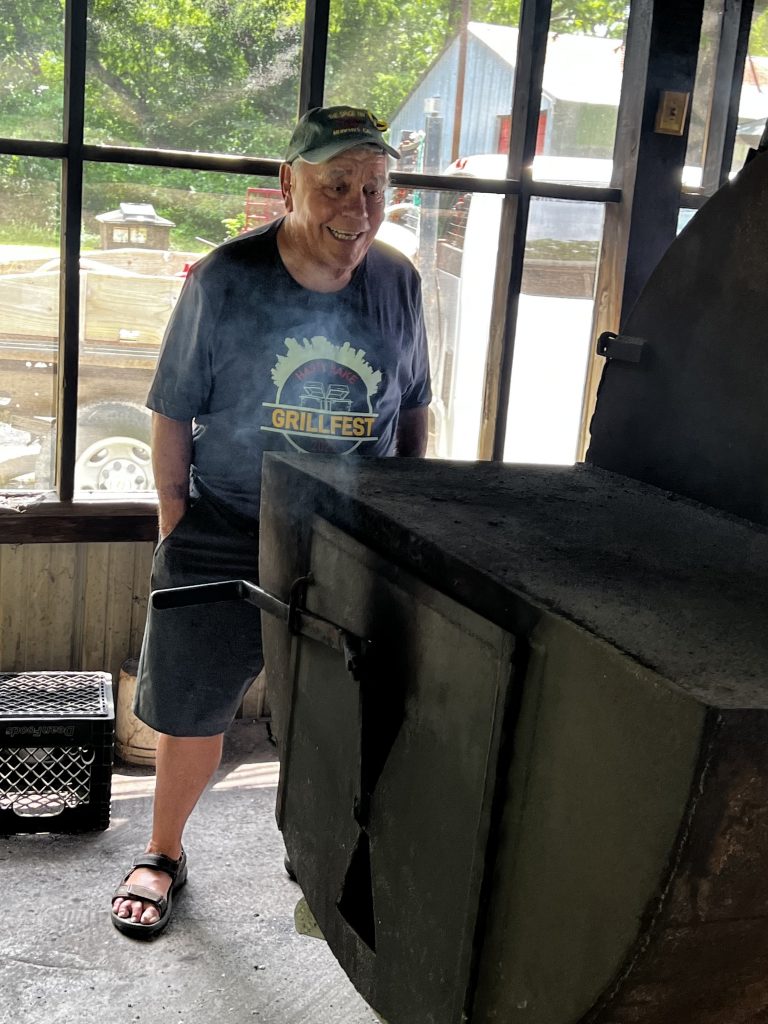 Of course not! Jan was in heaven at a little roadside smoking hut.  And Tulsa’s own Hasty Bake Grill Company sponsors a Grill Fest that we happily joined. 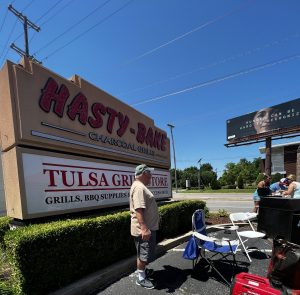 No baloney in Oklahoma?

Not true. Smoked and/or grilled bologna is a state favorite.  We learned so much about grilling and smoking baloney at the Hasty Bake Grill Fest.

Blooming bologna was found at many of the competitors booths.  In addition to smoked bologna, smoked mac & cheese, candied brisket, smoked apple cobbler with candied bacon and grilled queso rice with chicken were some of our favorites.

And yes, the rice was cooked on the grilled!

Since Tulsa is an easy and beautiful drive to Pawhuska, home to The Pioneer Woman Ranch, it became our next stop before we returned home to Murphys. 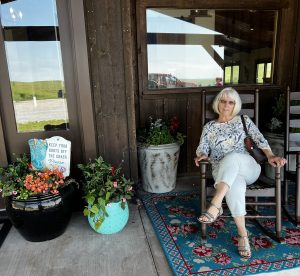 We arrived on a quiet Sunday to streets lined with 1900 brick buildings, many were empty but are currently being renovated.

We stayed at the Frontier Hotel in a large, beautiful suite over-looking the main streets enjoying the quiet time to just read our books. 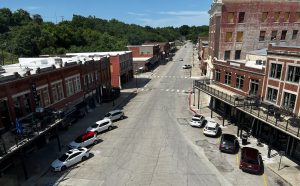 The next day we had a fabulous breakfast at The Merch, Ree Drummonds store, bakery, and restaurant, 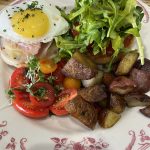 After breakfast, we hit the road to the Drummond Ranch and The Lodge where Ree films her cooking shows.

The Oklahoma warmth abounded here as we were welcomed to walk throughout, peeking in closets, pantries (many and very large) and to enjoy the back porch to savor the rolling hills and grasslands. 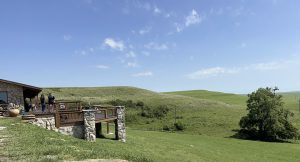 Our newfound Oklahoma tip on how to grill/smoke blooming bologna.

Here is how simple it is:

And, then show off your blooming bologna. (Oklahoma beauty) This is just one way to grill baloney in Oklahoma.

By the way, in addition to bologna, you will find beauty and warm hospitality in Oklahoma. Keep traveling and exploring the food world.