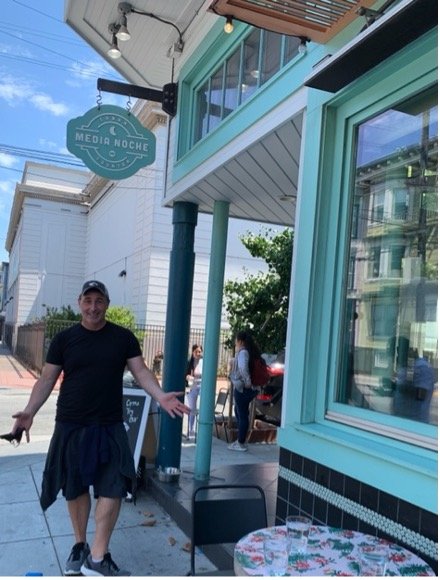 Since traveling abroad has been postponed until it is safer, we thought we would explore our local and not so local food scenes.  Secret Food Tour of the Mission District in San Francisco was a joyful find.  Our guide, Mark, is a fourth-generation San Franciscan, a chef, at one time a purveyor with Naiman Ranch, and eventually at his own deli company.  Our guide definitely has food cred along with a great personality and a passion for history and art in the Mission District.

Mark points out that savory Cuban fried empanadas are a specialty here. (Fun fact…this Cuban eatery will be a setting on an upcoming Netflix series! Not sure which one yet, but I will be watching for it.)

Jan and I loved Mark’s easy meandering pace.  It was like taking a walk with a long-time friend.  As we walked to our first food stop, we learned the history of the muralled neighborhood, how some murals are tagged and why.  We learned of the organization that oversees the art and the importance of the art to the culture of the district.  And then came our first bite, a pan de conch at La Reyna Bakery.  After we licked the “cinnamon” sugar off our fingers, we were off to view the murals. 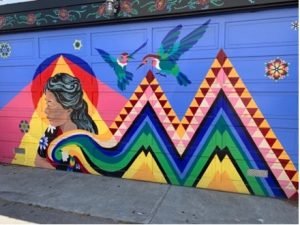 Most people who have visited the Mission District head to Balmy Alley to see murals.  However, there are so many streets, alleys, neighborhoods filled with beautiful and striking art.  The murals span a variety of styles, colors, and messages.  Our favorite will be saved for the ending of this blog!  No peeking!

In between the murals was a second food stop – a hidden taqueria with the best torta ever!  It was filled with deliciously moist pulled pork.  Again, we found we just had to lick our fingers to savor every bit of flavor. 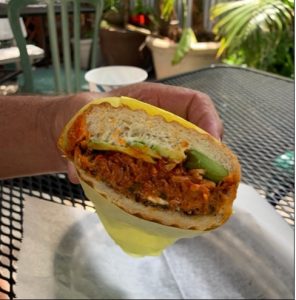 We forgot to write down the name of this place or its location, so you just have to sign up with Mark for the tour to find this gem! 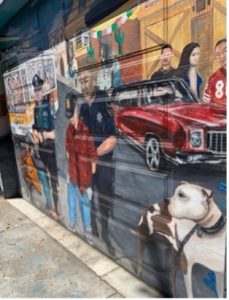 Here is an example of a mural with a political statement.  Other similar murals have images of gentrification taking over the Mission District.

A beautiful whole building mural on the side of a woman’s center and then a chocolate treat from Dandelion, San Francisco’s real chocolate company.  Apparently, Ghirardelli chocolates are made in Burlingame! 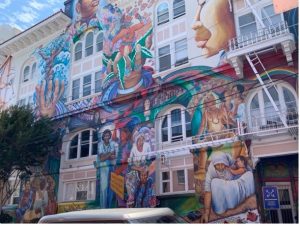 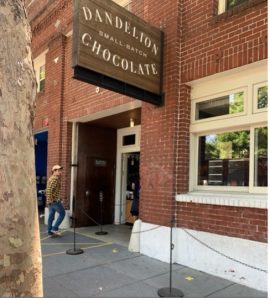 And the finale – The mural of Carlos Santana, a beloved native of the district who is known to show up to local dive bars with his guitar to play for the locals on occasion. 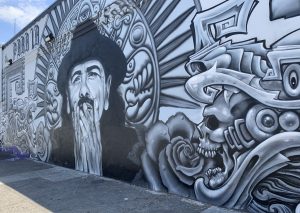 Here’s to the joy of finding the hidden culinary & artwork treasures in The City!